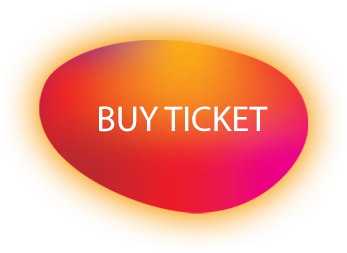 One show can change
your career

The PitchingShow is a series of pocket musical performances for an audience of strategic industry names. Rio2C guarantees the presence of the Music Commission at all performances. The Commission is comprised of top-level professionals from the music industry and this activity is designed to generate business opportunities.

Apply to participate on rio2c.com by sending us your material and you could be one of the 16 artists/bands selected by the Rio2C Curatorship Team. Each PitchingShow® has a duration of 30 minutes.

The PitchingShow application process is online and free, and opens from January 15th, 2020 to March 16th, 2020. Results will be posted on Rio2C social media and our official website on April 17th, 2020. 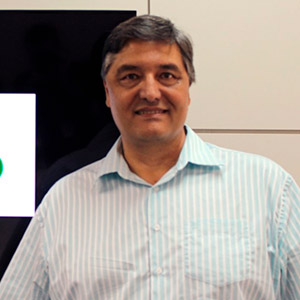 Began working in radio in 1985 at 18 years of age as a programmer for Rádio Bandeirantes FM in São Paulo.

His first artistic direction gig was in 1987 at the Rádio Educadora FM in Campinas, where he smashed regional audience records in what is today referred to as “popular youth”. From then onwards, he acted as artistic director.

In 1989, he transferred to the Transamérica radio network (Curitiba and Rio de Janeiro), and in 1991 to the JB radio system (Rádio Cidade).

In 1993, Alexandre was directly responsible for the creation of the Jovem Pan Radio network, which topped audience popularity lists in São Paulo in 1994. It was São Paulo’s last leading pop radio station for a significant period (six months).

In the year 2000, Alexandre transferred to the rock network (Rádio Cidade/89) and in 2001, he joined JB FM, creating another case in radio in Rio de Janeiro, making JB FM Brazil’s most popular contemporary radio station, a position it held for 15 years.

At this time, he also consulted for Alvorada FM in Belo Horizonte (where he remains to this day), Saudade FM in Santos, and Tarde FM in Salvador, where Globo FM local had previously led the charts for 20 years.

Alvorada FM is another case for radio in the state of Minas Gerais, which is in fourth place for general audience ratings and continues to beat successive records in the contemporary segment.

In 2015, Alexandre working for the Nova Brasil FM network. Despite being based in São Paulo, he had not worked for radio stations in the city since 1989.

Nova brasil became one more successful radio case study – as a niche MPB station (Brazilian popular music), it currently ranks seventh in the general radio audience numbers in brazil, with popularity ahead of stations such as 89, Joven Pan, Mix, among others.

I particularly like a phrase by Walt Disney, I like the impossible, because there’s less competition” – as i’ve always worked with niche radio stations (more difficult to achieve results) and yet i’ve always reached set goals and beat audience ratings in these segments. 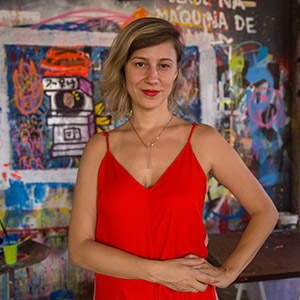 Ana Garcia directs the No Ar Coquetel Molotov Festival, which has been going for 16 years in Recife and for five years in Belo Jardim, not to mention appearances in various cities across Brazil, such as Salvador, Belo Horizonte and São Paulo. It was the first festival to receive the Women Friendly seal and to be a Keychange signatory. Ana was awarded the “Female Entrepreneur of the Year” at the Women’s Music Event in 2019. Since 2006, Ana has been Executive Producer of the Festival Virtuosi in Recife and entailing events in the nearby cities of Garanhuns and Gravatá. For nine years, Ana has coordinated the weekly project “Ouvindo e Fazendo Música no MEPE” [Listening to and Making Music at the MEPE – Pernambuco State Museum]. Among her other achievements of note are producing the Casa Tropical (Recife Carnival VIP Box), the Red Bull Stage at SonarSP, the Aurora Eco Fashion project and a series of tours for the Invasão Sueca project. Ana has also produced tours for a number of foreign artists, such as Ibeyi, Sevdaliza, Sebastian Tellier, Dinosaur Jr. Teenage Fanclub, and for Brazilian artists, such as Thiago Pethit, A Banda de Joseph Tourton and Barro, among many others. Ana works as a press secretary for several projects and artists.

Artistic director, producer and cultural project manager. André directs plays and musical theatre shows. He was Executive Coordinator of the Recife Multicultural Carnival between 2005 and 2013.
André directed the show Cordas, Gonzaga e Afins, a recipient of the Edital Natura Musical [Grant Scheme], which marked the 35-year anniversary of singer Elba Ramalho’s career. André also directed the show Grande Encontro 20 anos, featuring Alceu Valença, Elba Ramalho e Geraldo Azevedo.
In 2019, André was a member of the selection committee for the Edital Nacional da Oi Futuro [Grant Scheme] and was one of the curators of the Edital Natura Musical [Grant Scheme]. Since 2014, André has been General Coordinator and Artistic Director of the FIG – the Garanhuns Winter Festival, considered one of Brazil’s most important festivals. 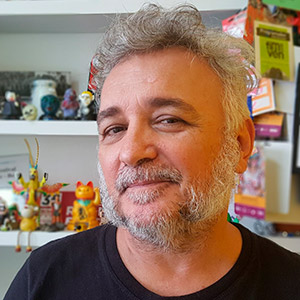 Antonio Gutierrez is a journalist and cultural producer. Antonio is the creator and director of Rec-Beat, one of Brazil’s biggest and most important music festivals, which takes place annually during Carnaval in the city of Recife, and which in 2020 celebrates 25 years of existence.
Antonio is the founder and director of the festivals ANIMAGE – International Animation Festival of Pernambuco and CONTINUUM – Art and Technology Festival.
Antonio is a founding member of ADIMI – the Association for the Development of the Iberoamerican Music Industry. 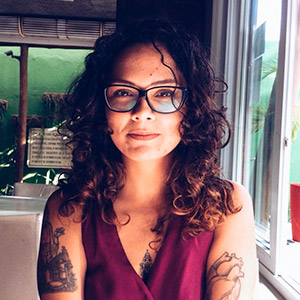 Carol Morena began creating and producing cultural projects in her hometown of João Pessoa in 2003. It was there that Carol founded and produced the Espaço Mundo Cultural Centre, and where she was General Coordinator of the Festival Mundo up until 2012. Since 2010, Carol has been Advisor to the Music Coordinator of the Cultural Foundation of the State of Bahia in the city of Salvador, and this is where she subsequently founded Tropicasa Produções. Carol has consulted for brands such as Skol and curated for the Edital Natura Musical [Grant Scheme] and for Porto Musica, and she is part of the local bands’ selection committee for the SeRasgum festival. Carol has managed projects with artists such as Lucas Santtana and The Baggios. Carol is one of the creators of the Festival Radioca, for which she is also Curator and General Coordinator.

Daianne Dias has been a producer since 2005, involved with projects for labels, shows, cinema and music festivals. Daianne is currently part of Braba Produções, where she works on logistics, artistic liaison, tours, executive production and as a booker for artists such as Tulipa Ruiz, João Donato and Felipe Cordeiro. Daianne is also Production Director for the Festival Bananada, which takes place in the city of Goiânia. 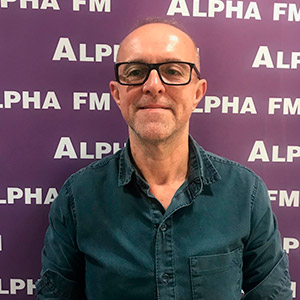 In 1985, on the day he turned 14, Eduardo Leite entered a radio station (MEC RJ) for the first time to intern as an sound operator and hasn’t looked back since.

Four years later, Eduardo began his career in comercial radio (Tupi RJ), still as a sound operator. From there he became Music Programmer and then Artistic Coordinator at the station.

In 1997, while still in Rio de Janeiro, Eduardo began to work on the launch of Nativa FM. In 1998, he moved to São Paulo to continue on as Music Progammer for Nativa, the radio that revolutionized the Brazilian market.

In 2002, he became Artistic Director at Alpha FM, the leading radio in São Paulo‘s adult segment for 15 years running, during which period the station jumped from 13th to 2nd in the overall ranking of listeners across São Paulo. 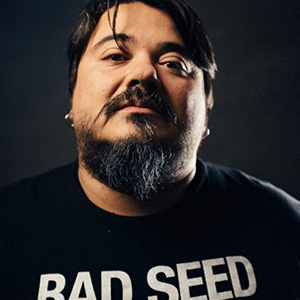 Fabricio Nobre is the founder of the Festival Bananada, which has taken place in the city of Goiânia since 1999. Fabricio has been working as a programming artistic consultant for the Grupo Vegas (Cine Jóia, Z – Largo da Batata, Bar dos Arcos and Blue Note SP) in São Paulo since 2018. 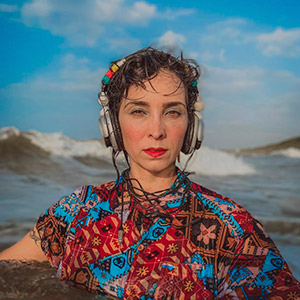 Artist in the band Criolina and cultural activist.

Creator and manager of the festival BR135, which has occupied the abandoned historical center of the city of São Luís do Maranhão with art and culture for the past eight years. Co-creator of political pressure tools such as the Culture Observatory of Maranhão and the League of Culture, which is also active in the state of Maranhão. Curator for the Prêmio Natura Award (2018) and for Porto Musical (2020).

A graduate in Business Administration from the FGV-EAESP, founder and curator of the Coala Festival, Gabriel also heads up the festival’s label and project hub (Coala.LAB). Aside from his involvement in music, Gabriel worked for six years at Facebook and Instagram Brasil creating brand and media strategies for the Consumer Goods market. 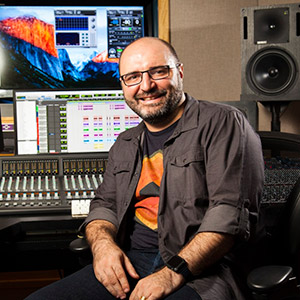 Marcel Klemm – Musical Producer and A&R Manager with a Post-Graduate Degree in Music Business and more than 15 years’ experience in the phonographic industry. Currently, Marcel is the Manager for Music Production and Audio Post-Production at TVG. 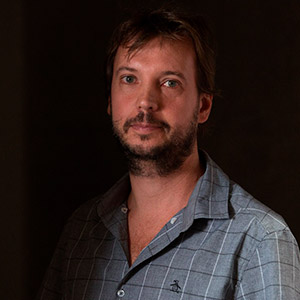 Pedro Seiler is a cultural producer and founding partner of Queremos! (innovative platform which has brought countless shows to Rio and other cities across Brazil for the past eight years, as well as the Queremos! Festival). Pedro has worked at the Biscoito Fino label, produced national tours for such artists as Maria Bethania, Simone and Zelia Duncan, as well as Chico Buarque’s “Chico Bastidores” project. Pedro was Curator and Musical Director for such events and festivals as: Invasão Paraense, Invasão Baiana, Sai da Rede, Rio Occupation (London), Open Air, Rider Weekends and the Experimente Program (Multishow TV Channel). Pedro is also on the Super Jury for the Multishow Prize and the Grammy Latino Academy. 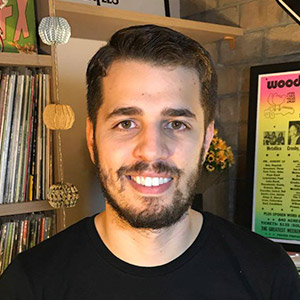 Tony Aiex is Editor in Chief of Tenho Mais Discos Que Amigos! [I Have More Albums Than Friends!], a music and entertainment website Tony created in 2009 as a hobby, but which has been his main professional activity since 2012. Tony is the website’s lead writer, social media coordinator and revisor. In 2020, the website registered nearly four million views per month and over the same period, reached over two million people via social media networks associated with the portal.

Apart from TMDQA!, Tony is also involved in a number of other projects, such as presenting seminars and curating music fairs, producing shows and festivals connected with his website. He is currently curating the Palco Aberto project, a partnership between singer Pitty and the TNT Energy Drink, where bands are selected to open for Pitty’s shows.

Extended registration for the One-to-One Meetings - don’t miss out!